In a late July surprise action by senators (and the activists tirelessly nudging them), the Inflation Reduction Act claws the US back from being way off track from the Paris Accords. We published the definitive tl;dr on Friday in a Q&A with the Rhodium Group. In this issue, we zoom in on how the bill shapes climate tech innovation with a line-by-line breakdown into CTVC’s 7 climate verticals. While it doesn’t get us to Paris targets, it does give a pretty meaningful accelerant, particularly at the bookends of venture capital’s involvement via innovation funding and customers’ tax incentives.

In funding this week, EnergyX raised $450m for sustainable lithium extraction, Octopus Energy raised $225m for large-scale renewables, and Enko Chem raised $70m for crop health; in addition to a small spate of acquisitions and joint ventures primarily across EVs and Europe.

In more money news this week, the Senate approved a vast spending package for economic competitiveness including research into domestic semiconductor manufacturing, quantum computing and AI; a midwest transmission expansion breaks records; and the Biden administration commits to planting a billion trees.

Waiting around for Manchin’s fickleness may have finally paid off. In a surprising turn of events, Senators Chuck Schumer and Joe Manchin announced a $370B climate and health bill: the “Inflation Reduction Act of 2022” (turns out reducing inflation is more enticing than building back better).

The $370B surprise bill dropped a goodie bag of climate tech provisions across a mix of direct investment, tax credits, and research funding - putting the US back on track to ~80% of the way to meeting our Paris obligations. [Make sure to check out our Friday interview with Rhodium Group who peg the IRA’s impact at a 31-44% net US GHG cut below 2005 levels by 2030.]

This accelerates everything - and makes it cheaper too. Shayle Kann sums up the impact of the 725 pages best:

We’ve scoured the bill to highlight specific accelerants for climate funders and founders by our seven key climate verticals, and which sub-sectors most stand to benefit. We’ll continue to update the line-by-line financial breakdown as new announcements come in.

See our tracker below:

Ardian, Groupe Casino, Bpifrance and Tikehau Capital, agreed to jointly acquire a majority stake in GreenYellow, a French decentralized energy company, valuing the company at $1.43b.

A big week for Congress, the Senate approved a sprawling innovation and economic competitiveness research package for the Department of Energy and National Science Foundation. This includes $52B in direct spending aimed at bolstering domestic semiconductor manufacturing, along with more than $200B in research authorizations like quantum computing and AI.

The House Appropriations Committee released their spending for the next fiscal year, with billions of dollars proposed for carbon management, agriculture and forestry, and technological solutions. Carbon180’s Twitter thread breaks down the line items, noting that the spending package will continue to shift once the Senate releases their proposal.

The DOE Loan Programs Office has been busy. LPO announced the closure of its first loan from the Advanced Technology Vehicles Manufacturing Loan Program since 2011, with $102.1M to Syrah Technologies for expanding graphite anode production. LPO also announced a conditional $2.5B loan to Ultium Cells, a GM and LG Energy JV, to finance 3 battery gigafactories.

The Biden administration reaffirmed executive actions to protect communities from extreme heat and dangerous climate impacts including the launch of heat.gov, a website with forecasts and tips meant to help municipalities prepare for extreme heat.

Biden’s administration also stated the government will plant more than one billion trees across millions of acres of burned and dead woodlands in the U.S. West over the next decade.

The Treasury Department is launching a program to help financial regulators understand how climate change can pose risks to financial stability. The new Climate Data and Analytics Hub will boost access to climate and financial data, as well as computing tools and analytics.

The Nuclear Regulatory Commission certified NuScale’s small modular nuclear reactor design for use in the United States, capable of producing up to ~600 MW of electricity.

Buoyed by high oil and gas prices, the O&G sector is expected to have swelled earnings by more than 250% in the second quarter. Exxon Mobil and Chevron reported record profits, while Shell and TotalEnergies also reported a combined $21B in profits. Meanwhile, coal is also on the uptick, with IEA’s new coal consumption forecast slated to rise this year.

Seaweed CDR needs kelp. A new study from the University of Maine shows that seaweed aquaculture is still many times more expensive than the DoE’s $100/ton target.

Making vegains: a new analysis by BCG suggests that investments in alternative proteins may drive a higher ‘impact on capital employed’ than spending on decarbonizing transportation and buildings.

And more from BCG: the consulting firm released a report on the role AI can play fighting climate change.

One for the wishing well: Lowercarbon’s carbon removal wishlist has us searching for a climate genie.

“Vital but limited” - the Energy Transitions Commission details the role carbon capture must play in the road to net-zero by 2050.

The Huffington Post outlines how shutting down nuclear and coal plans has made blackouts and brownouts more likely. How do we fix that while keeping coal offline?

So many cattle died of heat exposure in last week’s heatwave in Kansas that the infrastructure to deal with their bodies was completely overwhelmed.

Is putting a price on carbon the most effective way to decarbonize power? New research suggests that other policies like a clean energy standard could do just as well.

ESG isn’t as easy as ABC. The Economist (paywalled) writes that lumping environmental, social and governance issues all in one score sets conflicting goals for companies.

A new book by Henry Sanderson captures the different faces of the resource revolution.

Watt it takes with Andrew from Antora.

How green hydrogen might save a coal town in Utah.

The Carbon To Value year 2 cohort has been announced: congrats to Carbon Upcycling, Lydian, and all the startups selected!

“New generation of data scientists could be our best weapon against climate change”.

Window-shopping for energy:  the researchers and start-ups developing solar windows.

💡 American-Made Solar Prize: Apply for a share of the $4.1M prize pool, designed to energize US solar innovation. Open to individuals and entrepreneurs ready to advance conceptual solar solutions toward product realities.

🗓️ Connecticut Innovations VentureClash: Apply by August 20 for a chance to win $5,000 to travel to New Haven and pitch at VentureClash in front of climate tech investors, policymakers, and other startups.

💡Dalberg Advisor’s Climate Innovation Hub 2022: Apply by August 1 for a chance to work with the Dalberg team in a 2 hour workshop to collaboratively test and analyze your emerging climate solution.

💡2022 For ClimateTech Global Innovation Challenge: The most impactful and equitable solutions in climate tech should apply by August 15 for a chance to win $10,000 and consultation from climate tech experts. This year, they are offering three different prize categories: Women in ClimateTech, Future of Buildings, and Web3 and Climate. 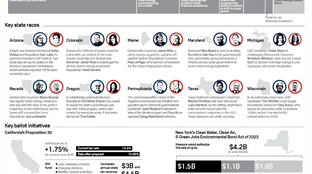 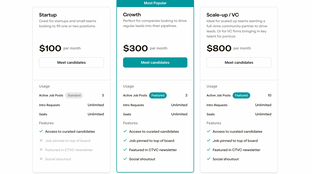