The heat beneath our feet

Drilling down on geothermal with Michael Campos

Baseload energy is hot these days. Between climate-induced energy crises, war-induced energy shortages, and IRA, the importance of 24/7 clean power has never been greater. Amid the usual trickle of fusion and renewables + storage investments, investors are also starting to turn to a once-unloved resource: geothermal energy.

Public funding is also following suit with newfound geothermal interest. Earlier this month, the US Department of Energy launched a new Enhanced Geothermal Shot, “a department-wide effort to dramatically reduce the cost of Enhanced Geothermal Systems (EGS) —by 90%, to $45 per megawatt hour by 2035.”

What is geothermal energy?

There’s heat beneath our feet. Geothermal energy systems harness the Earth’s naturally occurring heat below the surface to serve useful functions, like producing electricity, or heating or cooling spaces.

In order to harness it, you need to find resources, drill wells, and manage reservoirs. (Sound like any other industry you know of…? We’ll come back to this later.)

There are three-ish types of geothermal systems:

Caveats: This is more a spectrum than discrete buckets – resources can have elements of several categories.

And there are two things you can do with the heat:

Caveats: There are other downstream things you can do with geothermal resources, like provide grid services, draw down carbon, produce lithium, or even 🐟 dry fish.

Let’s say you’re a benevolent dictator in charge of providing abundant carbon-free energy to all of Planet Earth. You see lots of solar, wind, and battery capacity coming online, which is great, but you also see energy crises happening in high-solar and wind areas. You see energy crunches in areas dependent on foreign oil and gas. You see the power of hydro, but you also see that climate change is turning hydro into a more and more variable resource. You see fusion as the potential miracle that it is, but you’ve already placed your bets on it; we’ll see how they play out. You like that nuclear fission is a baseload resource, but your subjects seem mixed (remember: benevolent dictator). You’re left thinking about one option: geothermal. What are we working with?

Today, we have about 15 GW of geothermal power plants on the planet. Compare that to the 168 GW of solar and 94 GW of wind installed in 2021 alone, and we’re not talking about a needle-moving amount of zero-carbon power.

So far, we’ve been picking the low-hanging fruit. Today, most geothermal power comes from “Ring of Fire” countries, where plate tectonics have created hot zones near the surface of the Earth’s crust. According to Ren21, the top producers are The United States (2.6 GW), Indonesia (2.3 GW), the Philippines (2 GW), Turkey (1.7 GW), and New Zealand (1.1 GW). Just a bit further down this list is Iceland, which derives about 65% of primary energy (electricity + heat) from geothermal resources. It’s good to be a volcanic island.

But it’s early, and the resource is massive: a key study estimated that deep EGS is a nearly 16,000 GW resource waiting to be tapped. Zooming out further: According to AltaRock Energy, “Just 0.1% of the heat content of Earth could supply humanity’s total energy needs for 2 million years.” In addition to being a baseload resource, it requires little land, few minerals, and can mobilize one of the world’s greatest assets: the oil and gas industry. The prize is bigger than oil, gas, and coal combined. Geothermal’s clean baseload volume capabilities can also be ramped up and down, stable clean electrons which the grid will pay top dollar for - call it “beyond baseload”.

So why isn’t geothermal everywhere yet?

There are four things holding geothermal back:

⛏️ Exploration risk: The risk that a given project fails to produce enough energy to be viable.

💸 Resource development costs: The time and expense needed to develop a project.

🧠 Talent: There are more good ideas than people working on them.

The first two issues collide when it comes time to drill wells.

Before drilling, it’s hard to know what’s underground in great detail. But drilling costs millions of dollars, and any one well runs the risk of failure. So because of this chicken-and-egg problem, geothermal has high capital requirements and high cost of capital. Upfront project risk is high and cumulative costs for drilling, construction, and maintenance stack up. This makes it harder to get the innovation flywheel going.

Adding to the risk and cost is red tape. Since geothermal is so similar to oil and gas, and we have millions of oil and gas wells around the world, you might think that it’s straightforward to get wells drilled and power plants built. In the US, you’d be wrong:

Caveat: Some countries, like Kenya, do a great job of this.

In short, permitting is slow, and the National Environmental Policy Act (NEPA) turns a 4-5 year process into a 7-10 year process.

There is good news on the policy front: the Inflation Reduction Act (see CTVC’s Master IRA tracker) included a production tax credit of up to 1.5 ¢/kWh for geothermal electricity, and a 30% tax credit for home geothermal systems.

That was the bad news. The good news is that geothermal represents an enormous whitespace for innovation. There are tons of good ideas to work on – across technology, policy, finance, and talent – and people are starting to take notice. Here’s a selection:

Michael Campos is a climate tech venture capitalist, Strategic Advisor to Project InnerSpace, and author of Adapting, a newsletter about technologies we’ll need to thrive on a changing planet. Previously, he has worked at Azolla Ventures, Prime Impact Fund, and ARPA-E. *Disclosure: Prime Impact Fund led Zanskar’s Seed round.

Special shoutout to Tim Latimer for his hot takes. For folks looking to drill in deeper, Fervo is hiring! 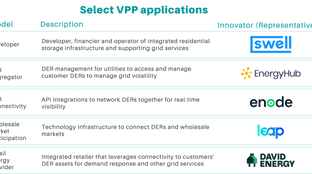 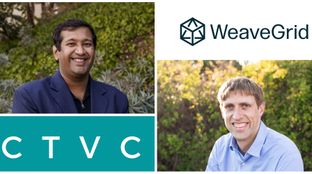 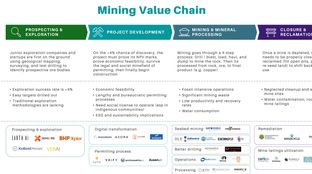