What can CCS learn from solar financing?

As carbon capture and sequestration (CCS) technologies mature, the production of carbon offsets will require similar creativity in the arrangement and deployment of capital.

Despite much effort and funding poured into innovative solar technologies over the past two decades, financing mechanisms have been critical to driving down the cost of deployment as much if not more than the technology innovations did themselves.

As carbon capture and sequestration (CCS) technologies mature, the production of carbon offsets will require similar creativity in the arrangement and deployment of capital.

What’s similar about the carbon offset and solar markets?

Both require outsized complex technologies, scale, and sale of commoditized end products (e.g. electricity, carbon offsets) for which there are myriad cost complexities. Both struggle with deployment, and both reduce the cost of technology on a predictable curve. However, to date, there has been less innovation on how to price the return of carbon offsets partially due to a lack of financial innovation.

What needs to be true for CCS technologies to scale? 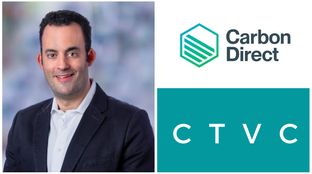