Zooming out on Earth observation & intelligence

The new business of seeing climate from space

Do you ever feel like you’re being watched? Right now, ~6,500 satellites are orbiting overhead, ~900 of which have been launched into orbit for purposes of “Earth observation.” These 900 sets of eyes stream photos, videos, and information on Earth’s physical, chemical, and biological vital signs.

In combination with terrestrial and aerial sensors, our planet is being watched closely - and increasingly closer and closer. Earth Observation and Intelligence companies have boomed as the focus on finding that next black (green?) edge shifts from internal business operations to external market context.

Data acquisition: How do we get that data?

These data points are acquired from sensors on planes, drones, boats, rooftops, and all the way to the bottom of the ocean. As the cost of space launching drops, satellites are increasingly being used to collect earth observation data. For the scope of this feature, we’re laser focused on satellite acquisition of earth observation data.

Satellites are (unsurprisingly) extremely expensive to build and launch. Historically, only government agencies and corporations with deep pockets would even attempt to launch satellites, but startups are quickly sending venture capital dollars into orbit as innovation accelerates. Whereas prior generations of satellites cost hundreds of millions to manufacture and at least tens of millions to launch, disruptors like SpaceX now advertise launching next-gen satellites starting at $1m. Startups are responding by making super low-cost low-orbit satellites, with some that cost just thousands to manufacture.

Resolutions are like the taxonomies of satellites. Here are the most important categories:

Spectral resolution: aka the detected part of the electromagnetic spectrum. There are two broad spectral categories: 1) passive, or solar reflection of light and 2) active, which sends out a pulse to the surface and detects the bounce back - including at night and during inclement weather.

Temporal resolution: aka speed at which the satellite revisits the same point. This is dependent on the satellite’s trajectory and orbit height.

It’s not the size of the dataset, it’s what you do with it. After companies use satellites (and drones, and boats, and land-anchored sensors) to acquire essential climate variable data, another layer of Earth observation companies derive signal from the noise. Space industry market analyst Aravind Ravichandran posits that this Earth intelligence layer consists of three parts:

While point source applications like oil & gas wells can be monitored by terrestrial sensors, satellites are particularly useful for gathering a complete picture of energy assets’ often remote and internationally sprawling footprints. Further, though globally impactful, emissions data is collected on a national level - to varying degrees. Progressively, private companies are increasingly active in emissions monitoring, which was previously the purview of government and public satellites.

As wildfires, floods, and droughts increase in frequency and severity, satellite Earth observation companies can provide a real time, birds eye view into disasters as they unfold – and, combined with historical data, generate better predictions of future catastrophes.

Verification and measurement are major cost drivers of carbon credits – and areas of increasing scrutiny. Satellites’ scale and automated nature hold promise to drive down costs while improving accuracy and reliability.

Thanks to the many “spacexperts” who helped to launch our understanding of this complex market off the ground. In particular, climate-linked risk transfer fund Nephila Climate (where CTVC’s Kobi Weinberg works), and space industry consultant Aravind Ravichandran. Watch Aravind’s Twitter and TerraWatch Space for more posts on spacetech climate applications. 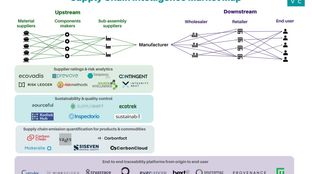 The missing link to net zero 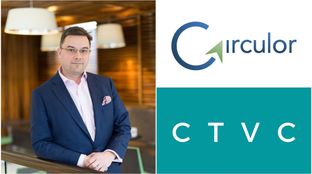 Tracing the supply chain with Circulor

How supply chain traceability leads us to Net Zero

When Larry Fink pens a letter, people read it. From his January 2021 letter to CEOs, he puts it simply as “climate risk is investment risk” and warns that “no issue ranks higher than climate change on our clients’ list of priorities.”