As global temperatures rise, ironically, so are energy costs. These days, retail electricity prices are rising at their fastest rate since 2008 - largely spurred by spiking natural gas costs. Never a group to let a good crisis go to waste, innovators are responding to the challenge with a surge of financing for virtual power plants (VPPs) and distributed energy resources (DERs). Over just the last few weeks, CTVC has tracked $120M for Swell’s development of virtual power plants, $23M for Sympower’s grid flexibility services, $20M for Service 1st Financial’s home comfort-as-a-service program, and another $20M for Impulse’s electric induction stoves.

As the proliferation of new electric appliances plug into the grid, so simultaneously does a new surge of renewables-powered electricity generation. The challenge: ensuring the millions of new heat pumps, refrigerators, thermostats, solar panels and storage batteries are interoperable and grid-responsive as both a source and flexible demand load for energy. Says Jigar Shah, the DOE LPO deploy meister himself, “There is simply no other cost-effective way [besides VPPs] to integrate electric vehicles and heat pumps at scale.” And integrate we must. Commercial buildings consume a staggering 40% of US energy consumption, drawing electricity in an analogue, unilateral direction from the grid.

We’ve previously investigated how to incent greater installation of DERs into buildings and homes in The Green Workforce Software Revolution. We then explored how to network those assets and energy stakeholders together through digital transformation of energy data in Lessons from Plaid for an Energy Unicorn. Now we’re tying those installation and networking threads together into implementation, turning buildings into virtual power plants.

First, let’s take a look at the state of the energy economy today. Energy assets can exist in front-of-the-meter (FTM = passing through an electric meter) or behind-the-meter (BTM = used on-site without passing through a meter). FTM assets include generation (power plants, reservoirs, etc.) and transmission and distribution (poles and wires that transport energy across geographies). BTM assets include distributed energy resources (DERs) like solar, storage and EV chargers located in homes (residential) and buildings (commercial & industrial) that evade needing to interact with the electric grid.

Utilities have historically owned FTM assets, earning a guaranteed return on invested CapEx as they install more assets to produce more power. Despite increased spending on FTM power delivery assets like transmission and distribution, power produced by and transported through utility-owned infrastructure is becoming increasingly expensive and unreliable. Energy prices are also rising at their fastest rate since 2008, the most recent decade saw a 64% surge in blackouts compared to the prior, resulting in an estimated $150B in losses annually.

While centralized grid infrastructure is core to producing and delivering electrons, a cost-effective and decentralized alternative is emerging on the backs of energy’s hottest couple - solar + storage.

Solar and storage are often viewed as the backbone of decentralized energy infrastructure. Solar panels produce energy when the sun is shining, but can’t store that energy. Based on local regulation on net metering, energy produced by solar panels must either be sent to the grid in exchange for credits or used in the moment. Storage, on the other hand, can produce, store and dispatch energy at any time of day and based on specific inputs. Storage allows for proactive serving and managing of energy load based on a variety of factors, completely decentralized from legacy grid infrastructure. Although solar can proactively serve load when the sun is shining, property owners are still forced to rely on legacy grid infrastructure when using net energy metering credits at night.

Despite solar and storage serving different purposes, pairing the two can create significant production efficiencies. Storage circumvents reliance on power from the centralized grid (even if funded by net metering credits) by saving solar energy produced during non-peak, daylight hours to use during peak, non-daylight hours. In other words, storage can fill in solar’s gaps without relying on power from the grid or poles and wires, as BTM solar and storage is located on-site or in close proximity to property owners. Pairing solar and storage can reduce overall system costs by 8% and improve flexibility in load-carrying capability.

While these numbers may seem small, they are a historic transformation in energy delivery and reliability. As the cost of the components come down, they erode the economies of scale advantages of legacy baseload sources like coal and nuclear (that not only require extensive capex, but significant transmission infrastructure investment), making localized energy sources far more cost competitive. This enables a migration from a single monolithic grid to a network of decentralized grids capable of bringing power production closer to the consumer.

This combination of solar and storage unlocks a potential model that was never previously possible - the Virtual Power Plant (VPP). A VPP is a virtual network of decentralized energy assets (solar, storage, EV chargers and demand-responsive devices​)​ that reduces dependence on the legacy grid. Picture this - you could produce and store clean energy on-site and dynamically control your electric load (demand from refrigerators, thermostats, electric vehicles, etc) based on real-time pricing signals. By curtailing energy consumption during peak demand periods (where prices were higher) you could reduce your overall rate, make money through demand response and even sell energy back into the grid.

The complexity of doing this was seemingly impossible years ago (producing/storing energy on-site, assessing real-time energy market prices, orchestrating informations across devices, automating controls), but recent technology advancements have enabled individual buildings to operate as their own power plants and/or service providers to aggregate those buildings together under the umbrella of a VPP.

The result of the VPP phenomenon is a grid that is not only more decentralized, but also cheaper, cleaner and more resilient.

💸 Cheaper. VPPs enable modular investment in the grid without massive capex and permitting risk associated with larger scale infrastructure investments (one of the leading factors resulting in the escalation in energy prices).

🔋 More resilient. With energy production closer to the customer and more responsive to customer signals, the potential for centralized grid failures (like what we saw in Texas last year) is significantly reduced.

The legacy grid benefited from low construction costs, more fluid permitting and lower awareness of climate change, resulting in a coal-powered industrial assembly line that filled its need for the time. But as the climate crisis worsens and this infrastructure ages, the pendulum is shifting towards a grid built via decentralized assets (on the backbone of VPPs).

While legacy operators traditionally benefited from economies of scale of massive centralized power plants and distribution systems, the increased pricing volatility of the grid has favored those who can establish flexible networks capable of adapting to real-time pricing signals. The VPP business model is driven by free market mechanisms for individual operators to compete with legacy grid operators without being saddled with the infrastructure and cost structures of the legacy grid. VPPs compete on data and technology, not economies of scale. Ultimately, their performance is driven by the diversity and density of the network of DERs they are connected to and the effectiveness of the technology used to manage the flow and reconciliation of electrons across those DERs. This enables VPPs to generate increasing returns to scale, whereas legacy grid operations experience decreasing efficiency once they’ve hit a certain level of scale.

With that, we see VPPs as the potential solution to incentivizing greater DER investment and adoption (the more DERs, the better!), by establishing an enhanced business model for monetizing these assets. While legacy developer models have been oriented to a fee for installing a project, VPPs orient to long-term revenues driven by grid services. The ability for software to derive increasing returns to scale from these assets incentives developers to forgo upfront profits in exchange for more patient, but lucrative long-term returns.

As these VPP networks become more diverse and reactive to pricing signals, they’re likely to attract more participants given the superior economics and supplementary benefits of resiliency. The concern for legacy operators however, is that the legacy CapEx and maintenance expenses of their fixed cost footprint are expressed over a diminishing base. This may induce even further price volatility and price escalation, promoting even greater incentives to switch to alternative VPP networks and leaving legacy customers tied to the legacy grid paying even higher prices. While this may seem far-fetched given the permanence of the legacy utility model, the combination of deregulation and technology advancement seem to create the conditions for a new digital age. While many legacy operators have significant economies of scale, the combination of data and customer network effects generally trounces even the players of greatest scale (AirBnB > Hilton, Uber > Hertz, TikTok > Legacy Media). Ultimately, the decoupling of the grid feels inevitable and VPPs can act as the championing force for the transition to the new energy economy.

Buildings are at the heart of the VPP movement. Commercial buildings are the source of 40% of global energy consumption and 33% of global greenhouse gas emissions. Rooftops bring the source of generation (solar) as close to the consumer as possible, reducing transmission costs to the lowest conceivable possibility. This also reduces transmission losses, which account for 5% of all energy produced and result in over $6b in losses per year. By enabling buildings to become their own power plants (producing energy via solar panels and storage and selling excess power to the grid when most economically effective to do so), we create the potential to turn energy from a cost to a profit center. While there are over 3,000 utilities in America, there are 5.9M buildings with 145 GW of solar installation potential, enough to power 28M homes. The promise of VPPs essentially enables every building owner to become its own power producer, generating unprecedented free-market competition in power markets in a way that has been previously unachievable.

VPPs in the New Energy Economy

Companies are applying this VPP concept of networking DER assets to reduce dependency on the legacy grid through a variety of different mechanisms and models - ranging from software-based tooling infrastructure to acting as a retail energy provider themselves.

As renewables continue to cascade down the cost curve and DERs gain their dominance, the grid of tomorrow will increasingly look like the internet. The linear industrialized assembly line will ultimately be replaced by networks of decentralized demand and supply nodes speaking to each other through API infrastructure. VPPs ties the atoms and bits of this shift together, creating the business imperative for the new energy economy.

The virtual power plant (VPP) opportunity exists in sub-scale, BTM assets. When you’re BTM in buildings, you have access to multiple, diverse energy assets that can be operated synchronously.

Storage is the keystone of the energy transition. With storage you are the market maker, unlike solar, where you’re the price taker.

Higher volatility = stronger business case for storage and VPPs. As the grid becomes more volatile, buildings will look to decentralized energy sources. Combining storage and VPPs enables buildings to be their own power plants, not energy consumers.

VPPs enable a decentralized grid, where energy is cheaper, cleaner and more resilient.

The more data and density of DERs, the stronger the VPP and its ability to predict spikes in pricing (reducing the cost of energy) and access demand response (increasing revenue).

As the grid evolves to look like the internet, business models (like VPPs) that revolve around data and networks have the potential for superior economic and environmental performance. Network effects will trump economies of scale nearly every time.

Special thanks to Rick Zullo and Simran Suri. Equal Ventures’ full “Prepared Mind” deep dive deck is available at this link. If you’re an entrepreneur building for the energy transition, the team would love to hear from you! 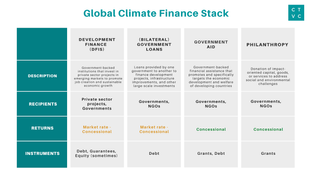 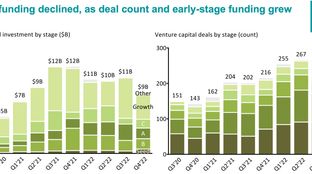 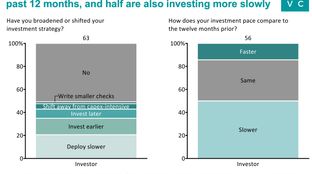